Where were you in ’62?  Were you in Seattle?  Were you at the Seattle World’s Fair?   Elivs was.  The founder of Hypatia-in-the-Woods, Dr. Elspeth Pope, was too.  Did they meet?While Elvis was shooting the movie, “It Happened at the World’s Fair”, Elspeth was taking her turn staffing a “model reference desk” that was part of  the American Library Association’s exhibit, Library 21.  The Seattle World’s Fair, officially known as Century 21 Exposition, was the perfect opportunity to showcase the library of the future containing both books and technology.

Perhaps I am biased, but this photo is priceless! 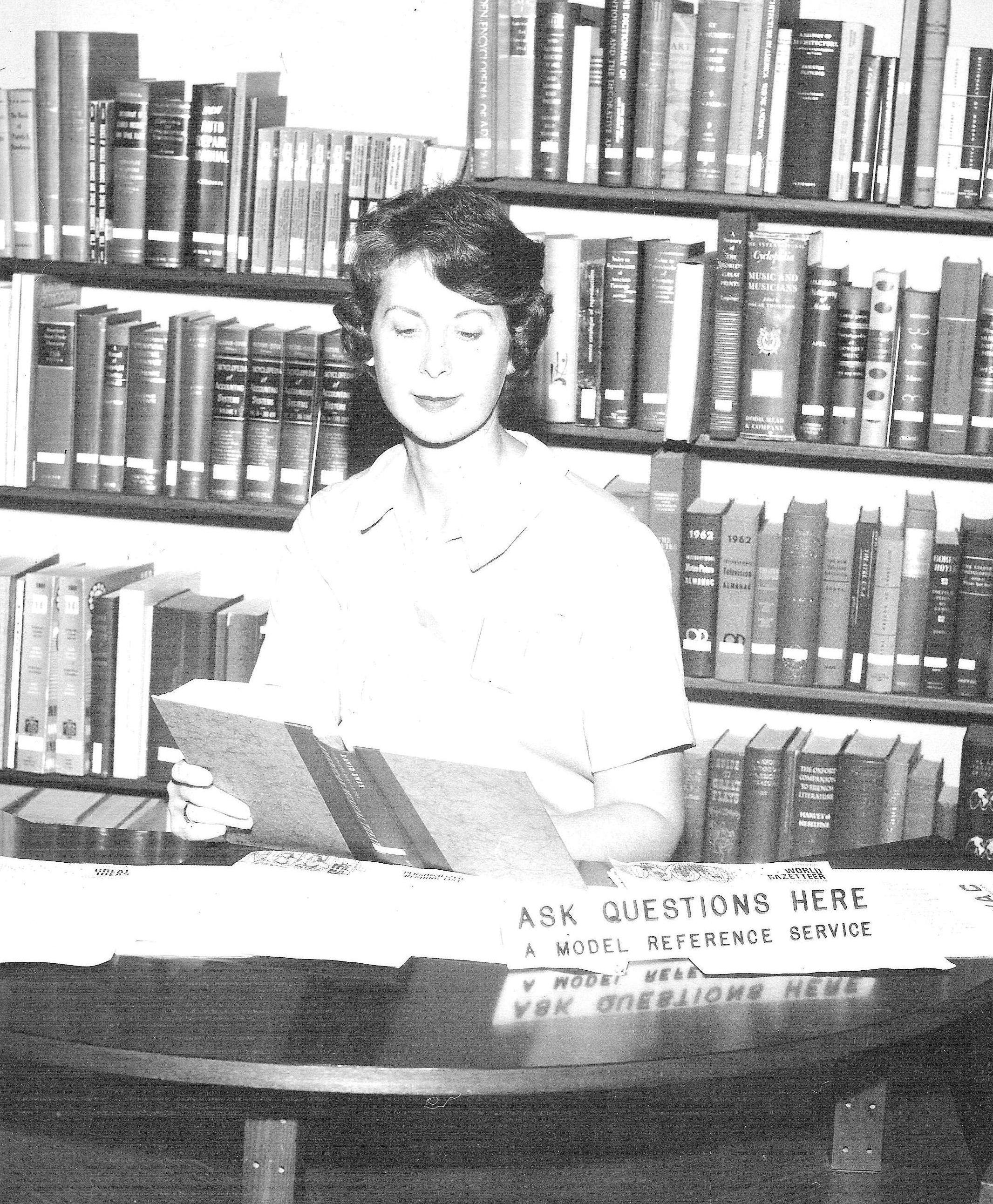 I asked.  She did not meet Elvis.  But if she had perhaps more would have happened at the World’s Fair than was in the movie.  Or, perhaps, Elvis would have starred in “Viva Librarians”.

2012 is the 50th anniversary of the international event that gave the Emerald City its Space Needle and Monorail that still delights visitors and residents alike.  Celebrations and fun events are planned from April 21 to October 21 to celebrate the legacy while looking to the future.  If you are in the area check out the events referred to as The Next Fifty.  Be warned!  The list is long and you will wish you had a reference librarian to guide you.

If you would like to see more photos from Library 21 check out the collection owned by the Seattle Public Library.

This entry was posted by Woodsy on July 17, 2012 at 11:44 am, and is filed under People of Hypatia. Follow any responses to this post through RSS 2.0.Both comments and pings are currently closed.