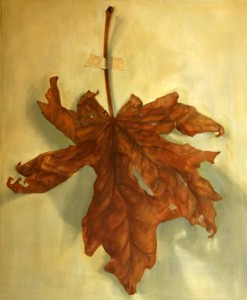 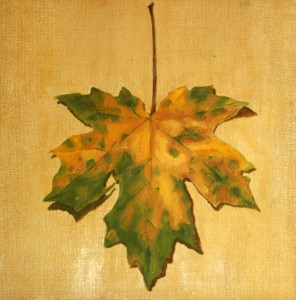 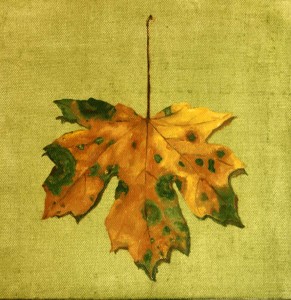 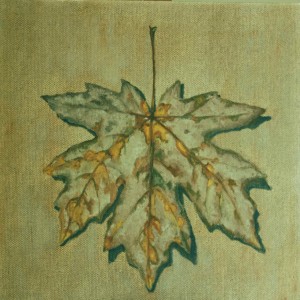 Have you had other residencies?

No. This is my first residency. I recently completed a three-year intensive drawing and painting program at Georgetown Atelier in Seattle, WA. As a graduation gift I was given a weekend workshop, I am an Artist, sponsored by Artists Trust in Seattle. During the workshop we researched writing for grants and residencies. Hypatia-in-the-Woods looked absolutely beautiful. So I applied and was accepted. Couldn’t be better than that!

What have you learned about yourself at Hypatia-in-the-Woods?

During my three-year atelier program I had acquired some notions of what a practicing artist might be. The curriculum was designed to provide the tools to become a professional artist. I needed the time to reflect on how I was going to apply all this knowledge to myself and figure out where I fit into the wide spectrum called “working artist.” This time has also taught me the importance of keeping my life less full of busyness and noise. The peace and quiet that I experienced in Holly House has made this very clear to me.

You have been at Hypatia-in-the-Woods for almost three weeks. Do you wish it had been a different length?

No, my three weeks have been amazing. I came with the anticipation that the first three days were going to be totally lost so I set up some color-study exercises to get myself working. Then I became really excited and the rest of my stay has flown by.

Every morning I start my day walking the labyrinth. There are instructions posted at the entry to the labyrinth that suggest different ways of meditating during one’s walk. The first day I elected to ask a question and listen with an open spirit. I asked, “What am I going to see today?” I saw beautiful fruit trees in the surrounding orchard, I saw woods beginning to turn with fall colors and I saw leaves. I picked up some of the leaves and looked at the color. They were vibrant. They were exciting. By the time I reached the center of the labyrinth I had a concept of what I wanted to work on that day. It would be color. I have dried many of the leaves and collected more that I will take home. This will be a subject of my work for quite some time, until I have exhausted all the possibilities I can find. So inspiring!

At the end of the day I go back to the labyrinth and face the setting sun and express thanks for the wonderful day and the inspiration. This has became a ritual, to go in the morning to seek inspiration and then in the night to express gratitude. The projects that I brought to do were put aside for the projects that I discovered there.

I have also had one major discovery…..I need to make some kind of retreat an annual happening. This residency has recharged my batteries. I came to realize how important silence is to my life. I need to cut out the chatter, the unproductive time spent on the internet and extraneous conversations that keep me away from getting down to work. Three weeks was perfect.

What place in Holly House did you gravitate to?

I was attracted to the deck. When I first came it was the end of a very hot summer. In the morning I would make my latte and sit out there and just be still, breathing in the fresh air and listening to the sounds of the day awakening. At night after the sunset I’d go back and listen to the evening sounds and reflect. Half way through my residency fall arrived with fog, drizzle and rain. All the sights and sounds changed. So I would bring inside one of the deck chairs and put it in the open doorway and continue to listen to the rain and be still.

Do you have a favorite place on the grounds?

The labyrinth, by far! It’s been the center of my stay. My residency spanned two seasons, so the changes were very marked. Every day was different. The first day I arrived I saw apples and thought, “I’ll paint Elspeth’s fruit.” But the next day those two perfect apples were gone. The deer had come during the night and apparently appreciated them as much as I had. I watched more apples fall and the foliage change right before my eyes. It was a visual measurement of the passage of time. As the sun would rise and set in the woods surrounding the labyrinth, I was able to trace its movement moving further south on the horizon as the days passed. The trees were the markers in the sky for me. The changing foliage marked the days. Those few foggy mornings were mystical. And when it rained, it was again something different. My visits to the labyrinth were like a diary of my stay.

What were the sights, sounds or smells on the grounds that inspired you?

The fragrance of the woods as they changed during my three weeks! When I arrived, it was the end of summer and the heady aroma of the woods, the smell of the dry earth almost berry-like was intoxicating. When the rain arrived, with the air being so clean, the other distinct perfumes of moss and damp ground became discernible.

And then the sounds – the squeaking of the squirrels, the crashing sound of the large dry leaves ricocheting through the branches on their way homeward, the baying of the dogs on the other side of the Sound, or the sound of my own blood rushing through my veins. It was so still that all the sounds were amplified. One night I was awakened with this horrible, unearthly screeching. Very strange way to awaken in the night! The next day I found the paths in the labyrinth completely torn up in places. I realized it had been raccoons as they fought over the grubs in the ground. The night was as full of life as the day.

What were you most happy to accomplish here?

To have developed a concept for a body of work. During my three-year atelier program the paintings I finished were more or less to my satisfaction. I felt they never measured up to the image in my mind’s eye. I am satisfied with what I have accomplished during my residency. I have learned that I can hear and respond to my own “inner artist’s voice.”

What was different about what you hoped to accomplish and what you actually accomplished?

When I wrote for an application last January I had recently completed a workshop with Geoffrey Lawrence. He taught the Venetian painting technique, a technique used by Titian and his contemporaries. The technique is very time consuming. It is a multilayered process alternating opaque paint and the glazing of thin layers of color, requiring longish drying times between the layers. My residency would have given me the time to experiment using this technique in still life studies. That’s not what happened, but that’s just as well.

In general, what influences your work?

I’m coming from a rather traditional school of realism, so I am most influenced by artists that have that tendency. There is a lot of good work being done locally, nationally and internationally. It’s a wonderful journey to study and learn about the historical and contemporary artists and their techniques.

What inspired your work the most during your stay?

The beauty of the fall leaves. That’s all I did was paint leaves. This environment fit me perfectly. And the change of seasons was ideal as nature put on such a great show for me. Every day was different.

When you look back on your experience at Hypatia-in-the-Woods, what memory do you want to keep?

One of my friends recommended that I identify and create a mental touchstone about what it is that I most cherished from this residency. Then, when I am in doubt mentally, go to that touchstone and recapture what it was that I recognized as so precious about my stay. My touchstone is that assurance that I can be focused and thoughtful and carry my projects through to the end, working through the highs and the lows of creation.

What three words best describe your experience at Hypatia?

How would you like the public to respond to the work that you accomplished at Hypatia?

I’d like the public to look at what I have done and see beyond what they would ordinarily perceive. To see through my eyes, to see the extra-ordinary in the ordinary.

What advice would you offer to women thinking about applying for a residency?

Go for it!!! It’s a very special time. It’s a blessing. You leave with much more than you expected, and probably even something very different that you expected. If you had asked me six months ago if I were an artist, I would have gagged on that word. I only thought of myself as a seeker, not an “artist”, a word so charged with diverse meaning. My desire was to learn more. I now have come to a point where I have acquired enough skills and can consider myself an “artist.” That’s huge.