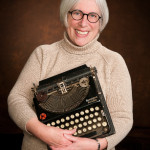 Long-time Hypatia friend and board memberCarolyn Maddux has finished (yesss!) her most recent book project, Care: A Hospital for Mason County.  After sending the manuscript off to the printer her poet’s voice came forward expressing her emotions —

On Finishing a Book

It’s almost as if a friend were moving
to the other side of the country
and you said of course you’d stay in  touch
but knew the phone calls would dwindle
from every week to every month and then
it would be cards at Christmas
or as if the doctor told you
that you  wouldn’t die of what you have
but you must change your lifestyle,
give up how you’ve eaten, forget the wine,
learn to like vegetables, go walking every day:
How will you fill those hours —
after you  get rid of the piles of rough drafts,
the muddle of notes you wrote,
the photographs and newspaper articles
you need to file,  the housecleaning
you haven’t done for months,
the letters that you owe
including those to friends who moved away
to the other side of the country
and you didn’t send out Christmas cards
last year?  Bring on the wine.

The book is being published by Mason General Hospital & Community of Clinics, scheduled for released in mid-May and will, so far as we know, be available at Sage Books, the Mason County Historical Society and the gift bar at MGH.

From the back cover: The First People of South Puget Sound relied on what they found in nature, and on spirits, for healing. The pioneers who came to the area had folk remedies, hope and compassion; the first doctors, a little more formal training, a few instruments, and a concern for the health and well-being of others. The people at the helms of the logging and lumber companies cared enough to establish a hospital; the people of Mason County, when a new facility was needed, cared enough to form a hospital district and tax themselves to build it. As innovation followed innovation, as restructuring and reorganization came along, what continued was always care for the health and well-being of the community. This is the story of Mason County’s hospital and healthcare, and the men and women who have made it what it is today. 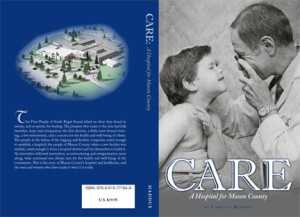 Job well done, Carolyn, and congrats on completing it!

This entry was posted by Guest Voice on March 27, 2013 at 9:00 am, and is filed under People of Hypatia. Follow any responses to this post through RSS 2.0.Both comments and pings are currently closed.